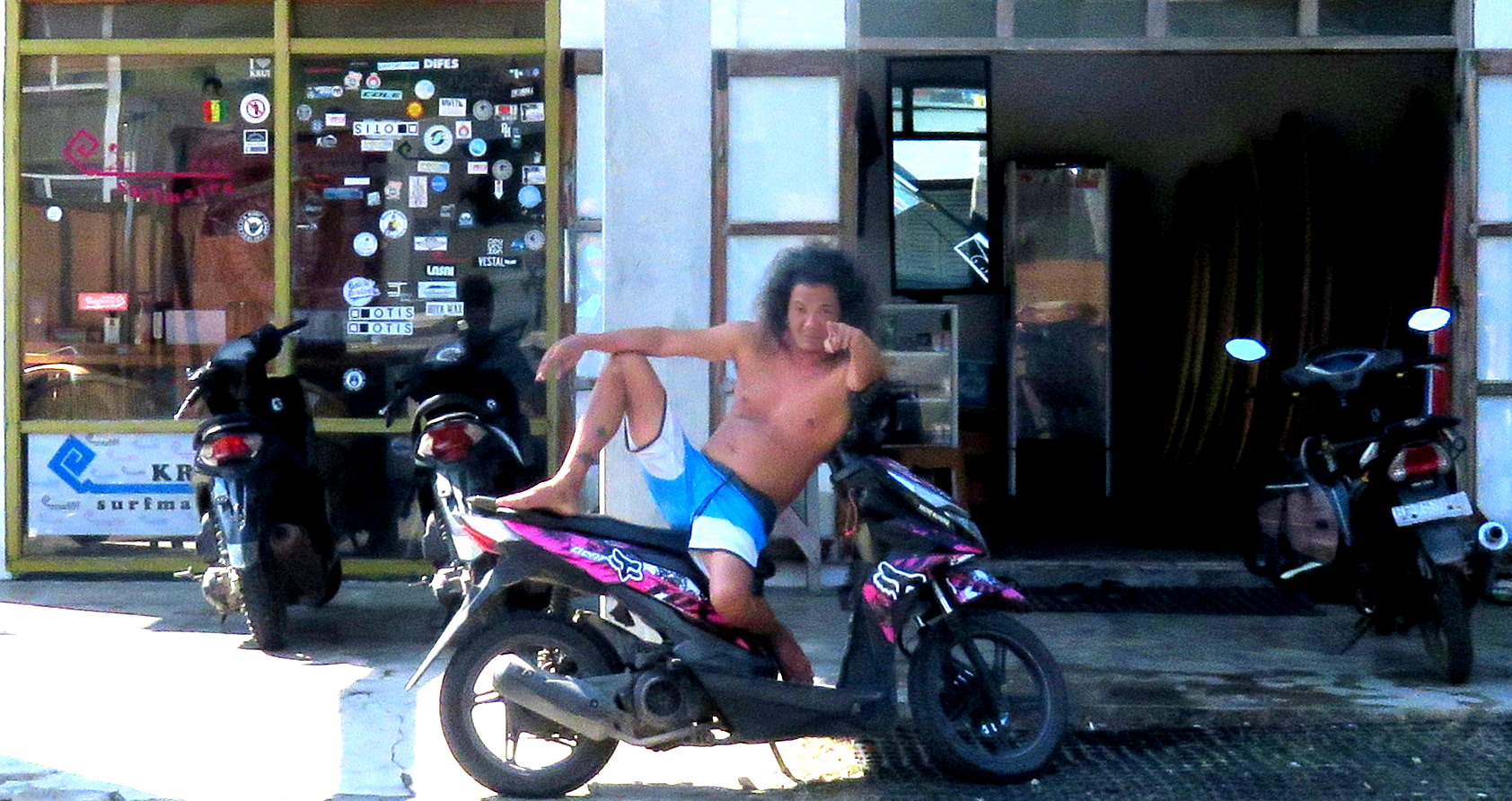 I met up with Mr. Krui at his Hello Mister surf shop and he agreed to write about his early years and being the first local Krui surfer. From drug addiction to recovery and now mentor of 4 generations of Krui surfers. A legend of the original Krui surf scene and one of the few individuals actively involved in social work with local children of the Krui area. If your visiting the Krui area I highly recommend that you take a break from your surfing schedule and get involved.

I was born in Krui 1979. When I was in Junior High School I only thought about drugs, sex, gambling and fighting. That's because I was from the harbour area and it's where I first tried Ecstasy, before I became a junkie. After I tried Ecstacy I just wanted more and more and then started using heroin. I was a junkie until I was 26 year old, about 7 to 8 years.

In 1998 there was a riot in Jakarta, all my family went to Singapore and I was sent to Krui town to live with my Grandma.

In Krui there was a bus station close to my house and all the tourists arrived there. I first got to know them as a translator because the bus station guard at the time did not understand English. Those foreign tourists wanted me to take them to a place called Tanjung Setia.

At the time there was only two hotels there (Tanjung Setia) and no electricity. Because I often took guests there they asked me to work for them as a toilet cleaner and other things. I worked there for five to six years after that I had my first motorcycle and I started surfing ... about 15 years ago. 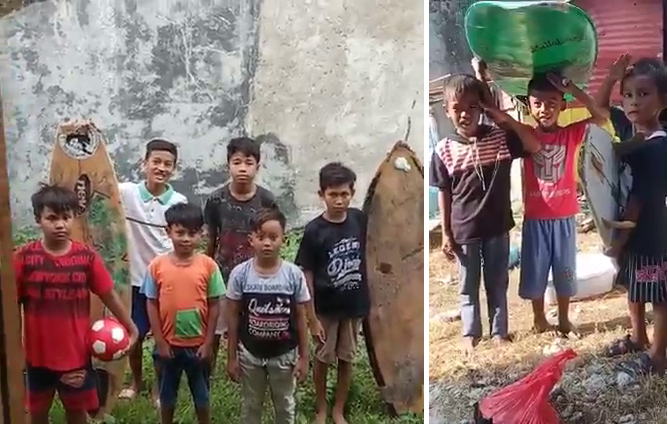 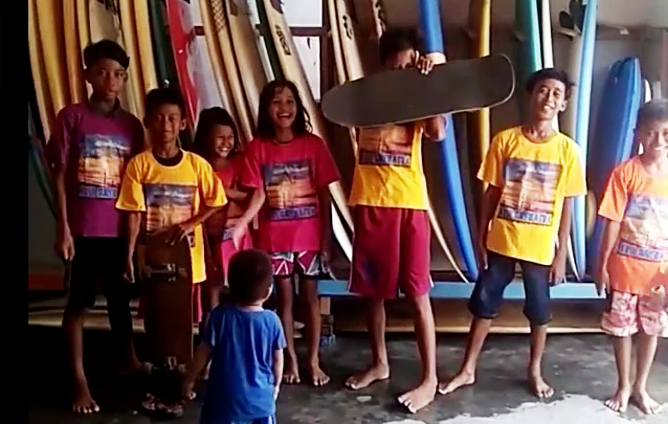 Someone gave me my first bodyboard, broken, so I fixed it and started surfing by myself. I found boardshorts in a trash box. I tried to surf Krui Left for the first time, no other surfers, only me. My first surf I stepped on a sea urchin because I did not know the safe way out. I surfed in those old boardshorts because I wanted to look like the tourists. 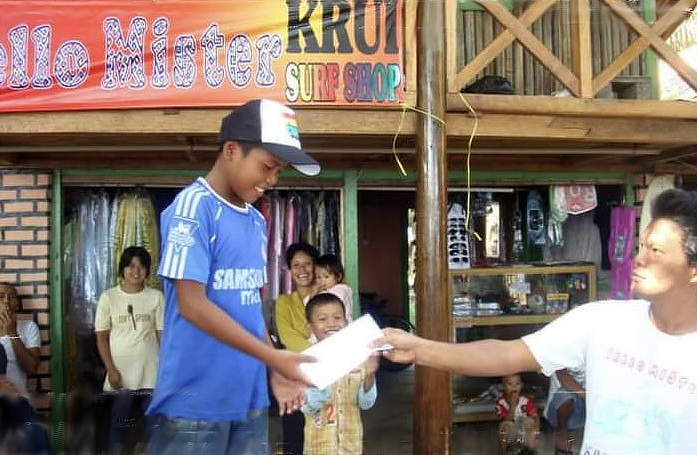 Albert with student in Tanjung Setia 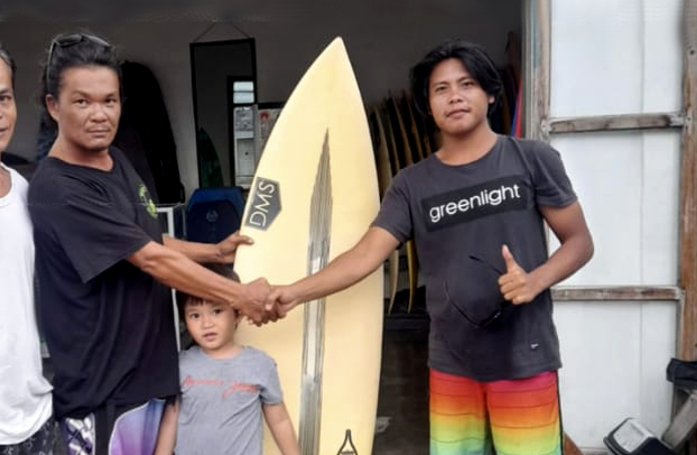 Albert with student in Krui town

I really had a hard time when I wanted to surf. I got bullied by the local people always yelling at me but I just kept going and tried to find friends to surf with. Finally I found "Pepen", he was a cow herder and not so long after another one his name is David. I shared everything with David, we surfed together, used heroin. For two years I didn't work only running my motorcycle rental out of the Family Loseman. That was my first business before I started the surf shop (Hello Mister) in 2005. 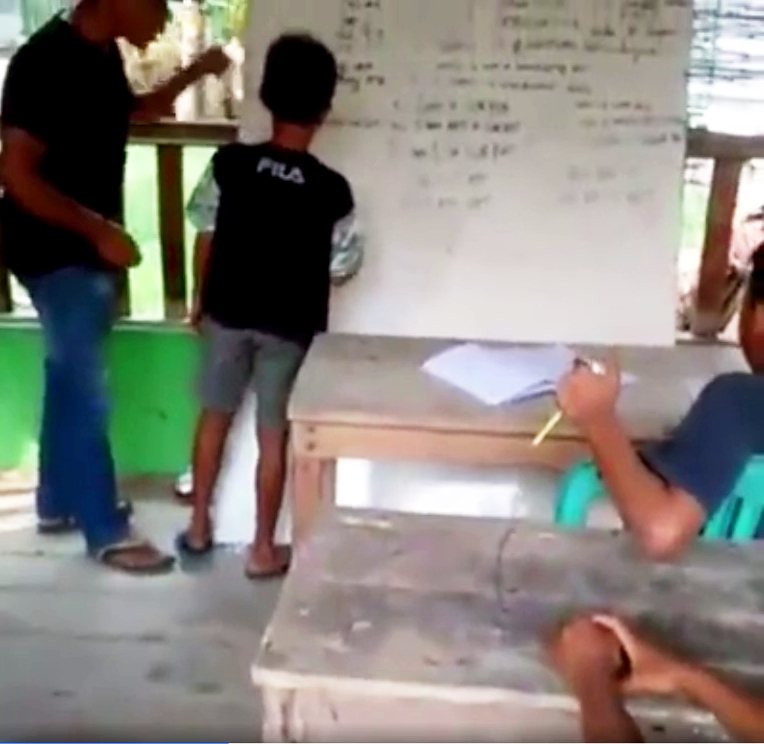 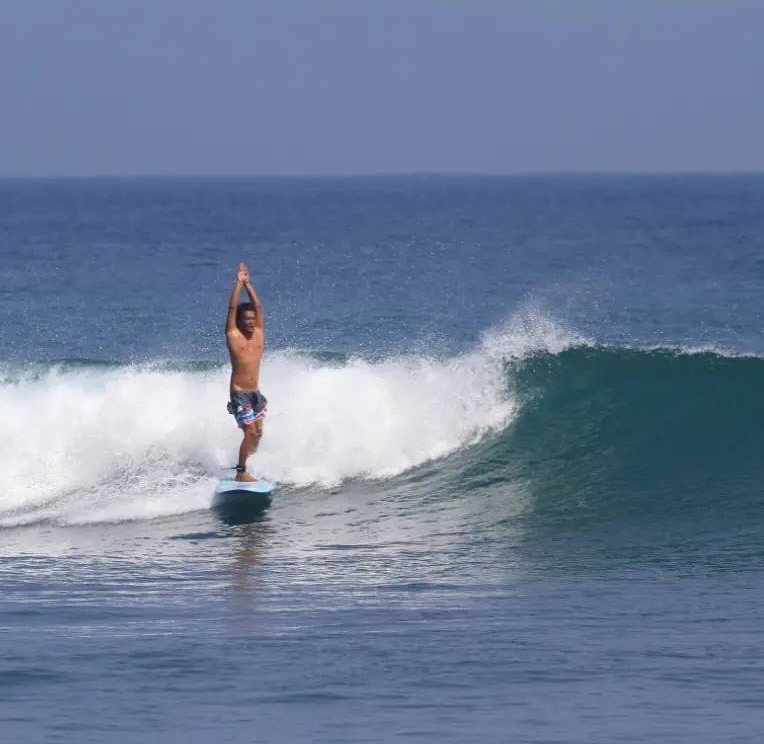 The classic shot of Mr. Krui

After the local people saw me and David surfing they started to ask me to teach them. So now ... I was just so happy because I had many students.