The 14 hr plus journey from Jakarta to Krui by car is not the usual choice for visiting tourists. 3 hours Jakarta to the port of Merak, 3.5 hours to cross the Sudan Strait then 9 to 10 hours to Krui. As it turns out it was not as grueling as I imagined.

The bulk of the journey from Soekarno Hatta airport in Tengarang to the ferry terminal at Merak is on the Jakarta - Merak Toll Way which makes for a fast but rather bland trip. It's advisable to stop and eat on the way as the ferry may have a limited choice of food.

Merak Port is the largest and busiest port in Indonesia with hundreds of ferries departing and arriving every day. There are a number of ferry terminals including the new Executive Terminal that serves exclusive passangers.

My driver chose the cheaper ferry to reduce costs. Before departing to get some sleep he warned that the ferry was teeming with all sorts of dangerous characters and to particularly watch out for pick-pockets ... but travelling during the day I only encountered one crazy dude who wanted me to pay him to jump off the ferry. He seemed a bit confused when I offered him half his usual fee to have his picture taken and not jump overboard. 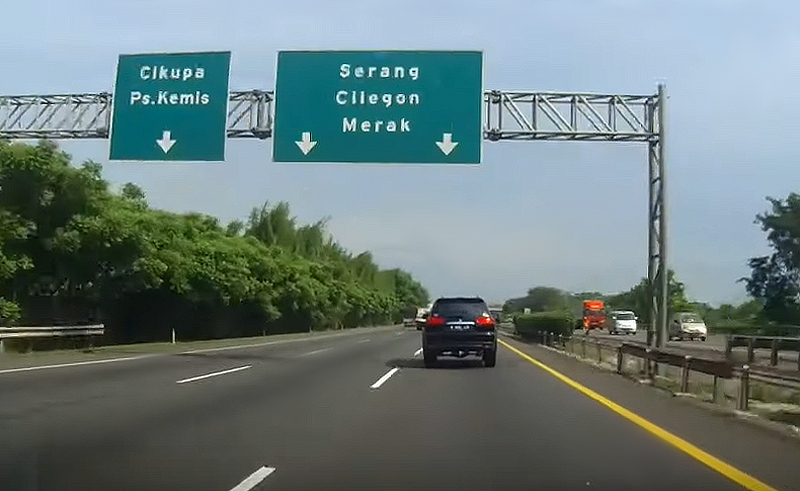 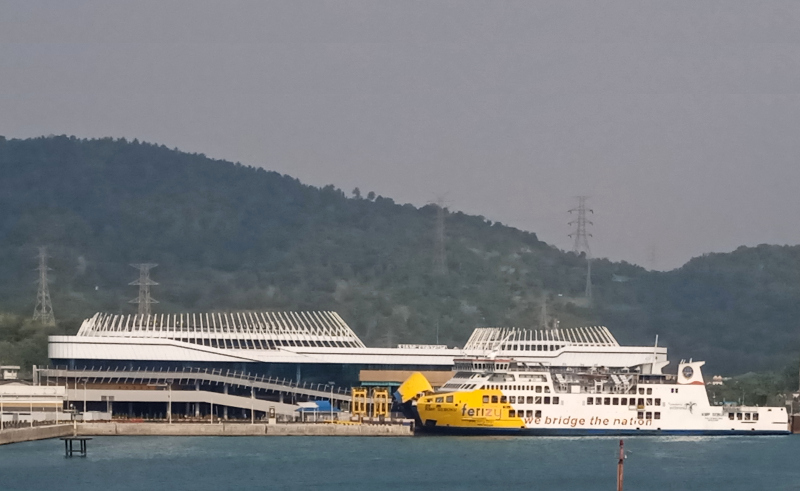 As far as the town goes it's a dump but one can add some color by imagining the port as a haven for pirates in times gone by. As one leaves the port heading West towards Sumatra it's easy to visualize the white canvas of a pirate ship appearing from behind Big Merak or Small Merak Island. 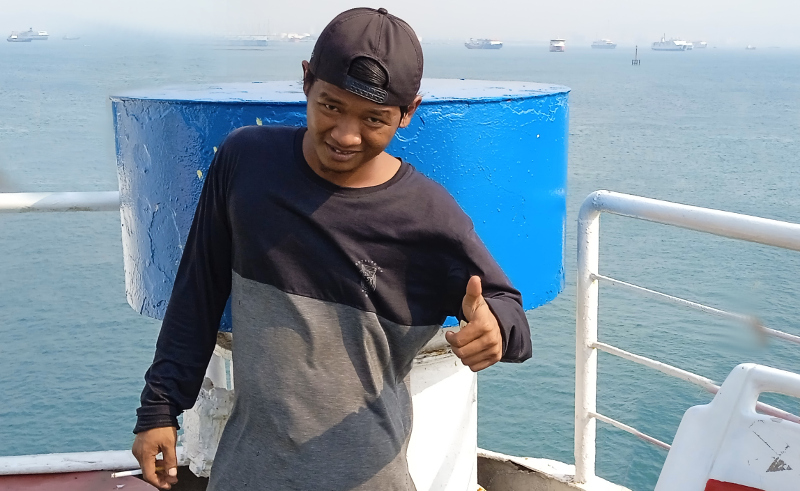 This guy jumps overboard for a living 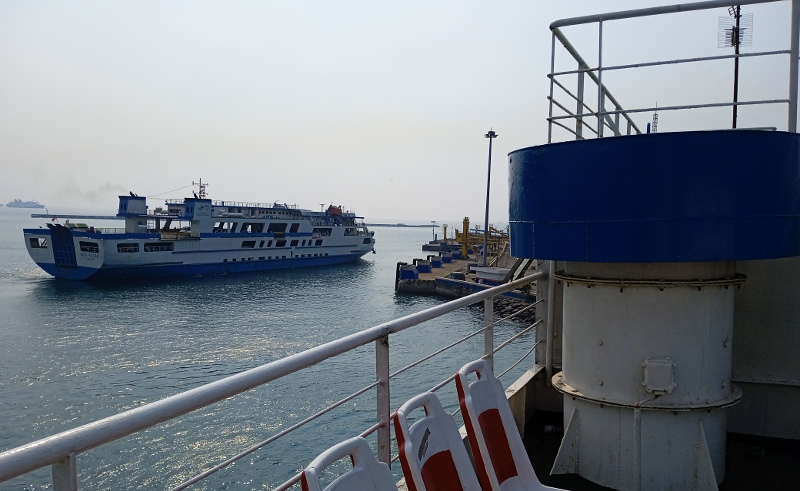 The slow ferry to Bakauheni, Sumatra

The day I crossed the Sudan Strait it was a calm sunny day and the trip took 3.5 hrs (slow ferry) however this is not always the case so it's advisable to check the predicted weather before you travel. When the conditions get rough four meter high waves can disrupt ferry services and lead to days of delays until the weather passes.

The strait is dotted with a number of islands, many volcanic and still active. The most renowned volcanic island being the Tsunami producing Krakatoa which unfortunately you can't see during the ferry trip. 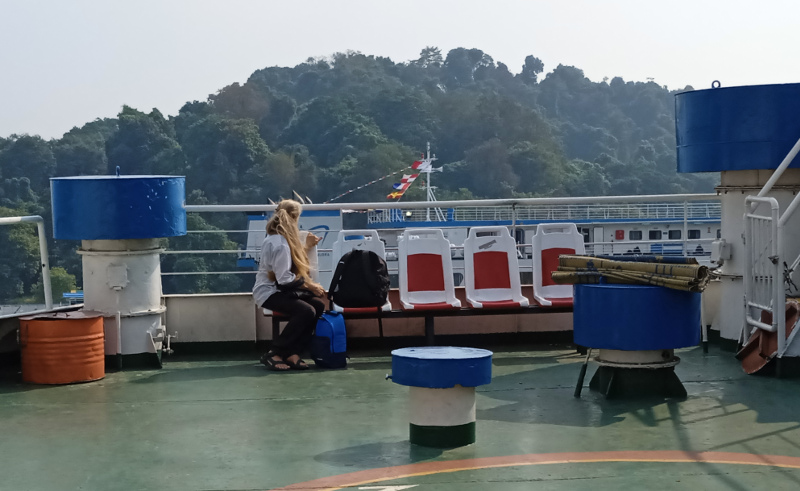 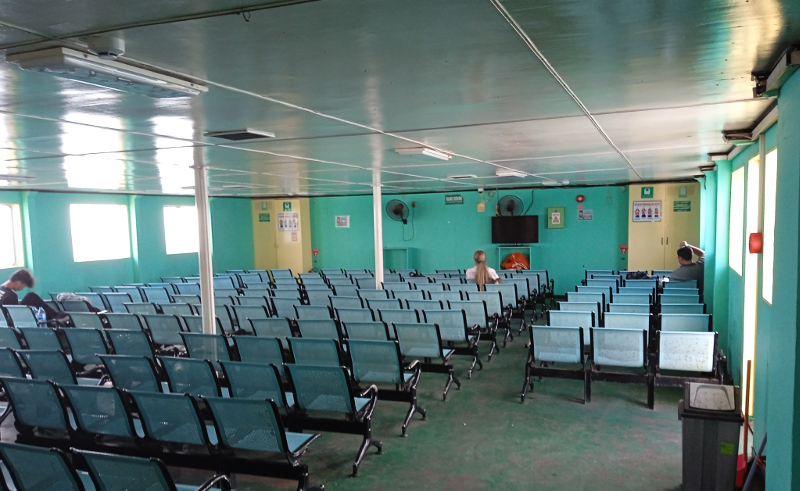 If you left Merak late afternoon, survived the threat of pirates, 4 meter high seas and deadly Tsunamis you will be arriving at the Port of Bakauheni just on dusk which is quite picturesque.

This leg of the trip is usually taken on the Trans Sumatran Toll Way a fast 1 to 1.5 hours ... not much to see here. If your arrive at Bakauheni in the evening and it's your first trip to Krui you might want to consider a layover in Bandar Lampung.